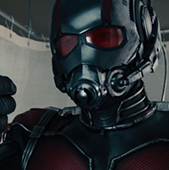 When Marvel announced their decision to make a movie based on Ant-Man, it probably felt like a risk. Not as well known as Iron Man or Captain America, would people go see a movie about a character who can shrink to the size of an insect? It’s ranked 14th among the MCU movies, so while not as big of a hit as Guardians of the Galaxy, still not a flop either. What did the guys think of the movie? Check it out below and be sure to comment to let us know what you think of Ant-Man!