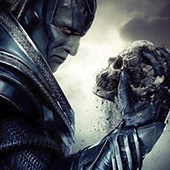 It’s that time of year again! Justin and John discuss the movies they’re most excited about in the upcoming year. It seems like it’s going to be a good year for movies. If you want to know their choices, you’ll have to check out the episode below! Enjoy.