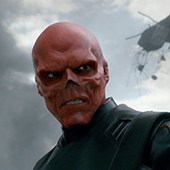 Before The Avengers, Marvel’s Phase One ended with the film, Captain America: The First Avenger. Taking place during World War II, it follows the story of Steve Rogers, a small man with a big heart and a drive to fight. After volunteering for a “super soldier” program, he becomes Captain America.

Join the guys as we discuss the origin of the first Avenger and how the film holds up against the other Marvel films.