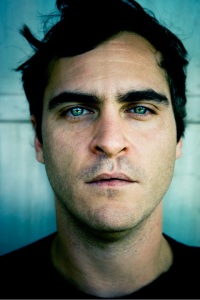 The rumor of the week is Warner Bros. is eyeing Joaquin Phoenix for a villainous role in their upcoming Man of Steel sequel. Joaquin Phoenix is known for avoiding big budget moneymakers like this, so I think it’s fair to say that he’s going to pass. He’s quite an excellent actor though and I’d love to see him added to the film’s roster.

However, I’d like to throw my two cents in about who he could potentially play. Everyone is saying he’s up for the role of Lex Luthor. OK… Could be. I’m sure he’d be great, but I’m curious as to why no one has mentioned the more obvious choice: The Joker.

Will Zack Snyder and company have the balls to bring back a character brought to life so ferociously and with such magnetism as the late Heath Ledger? Possibly. If they can get an actor of such caliber as Phoenix… Also, which do you think appeals more to Phoenix? Cool headed businessman Lex Luthor or the psychotic, unpredictable Joker?

Just look at those eyes, man… I think he could be a great choice to fill the giant shoes left by Ledger. We’ll all undoubtedly compare his performance to that of Ledger’s but Phoenix has proved that he doesn’t care what anybody thinks and may just have the courage to take it on.

Argo screenwriter Chris Terrio has been hired to pen a draft of the screenplay, presumably by Argo director Ben Affleck. Terrio has only one credit but he won an Oscar for his Argo screenplay so I see his recruitment as a good thing. Maybe he can get the script to a place where they feel confident Phoenix will approve and sign on. We’ll see.